The structure and characteristics of automobile glass anti-riot insulation film

The structure and characteristics of automobile glass anti-riot insulation film

Generally speaking, the structure of explosion-proof membrane is as follows:
(1) Anti-wear layer: composed of wear-resistant polyurethane with a hardness of up to 4H;
(2) Installation adhesive: It is composed of acrylic adhesive with good weather resistance and high transparency;
(3) Highly transparent PET release film;
(4) Composite adhesive: composed of polyurethane adhesive with good weather resistance and high transparency;
(5) UV absorption layer: It is composed of special UV absorber, which can block 99% of ultraviolet rays;
(6) Transparent PET safety base layer: It is composed of high-strength, high-transparency PET polyester film, the purpose is to sandwich the metal layer in the middle to prevent metal oxidation and extend the life of the metal film;
(7) Colored PET safety base layer: It is made of high-strength, high-transparency PET polyester and pigment by melt extrusion and biaxial stretching. Because the pigment is sandwiched in the PET film, it can prevent oxidation and discoloration, and the life span is up to 8 years;
(8) Metal heat insulation layer: a nano-level metal layer with high reflectivity to infrared rays, such as aluminum, silver, nickel, etc., on the PET film by vacuum evaporation or vacuum magnetron sputtering. 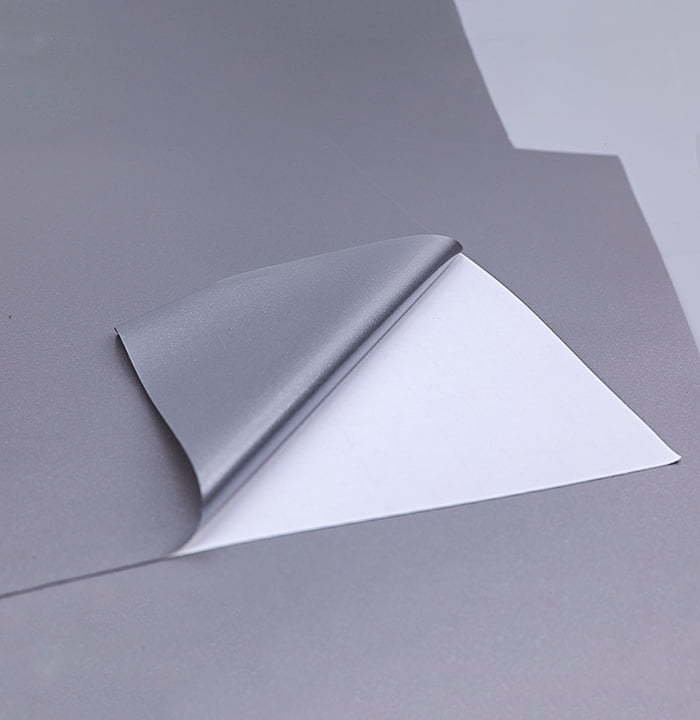 Main performance characteristics
The production process of high-end automobile thermal insulation and explosion-proof film is extremely complicated. Taking 3M automobile explosion-proof film as an example, its product process structure consists of polyester film layer, metal coating, adhesive layer, wear-resistant layer, ultra-thin coating and two safety The grassroots is composed of seven layers, and the functions implemented by each layer are different. Its main performance characteristics are:
(1) The metal coating mainly reflects and blocks the wavelength of infrared and heat generation, and realizes the functions of heat insulation and ultraviolet radiation.
(2) Polyester film layer and super-pu coating can effectively reduce glare, one-way perspective, automatically adjust the light in the car, suitable for any change in weather. Clear vision, safe and comfortable driving.
(3) The safety base layer has very good impact resistance and tear resistance, preventing the glass from bursting and scattering.
(4) The wear-resistant layer is super wear-resistant to prevent the film surface from being scratched and keep the car body beautiful.
(5) Adhesive layer is a very important layer. The whole film is integrated with automobile glass through the adhesive layer. The 3M film uses a unique patented pressure-sensitive adhesive layer, which is safe and environmentally friendly, and achieves the best strength about one week after construction. Not only can the overall performance of the film be realized, but also the strength and rigidity of the automotive glass can be effectively improved.